During a Milwaukee Bucks broadcast on February 11, John McGlocklin mentioned something to the effect of "the first team to get to 100 points usually wins." Intuitively, this makes some sense. If you're the first team to a given score, you have the lead at that point. 100 points is usually a late-game score, and having the lead near the end of the game makes it more likely you are going to win.

I was curious as to whether the data backed this up. I collected play-by-play scoring data for the 2013-2014 season, and ran some analysis on it. First, the number of times the first team to X points won or lost: 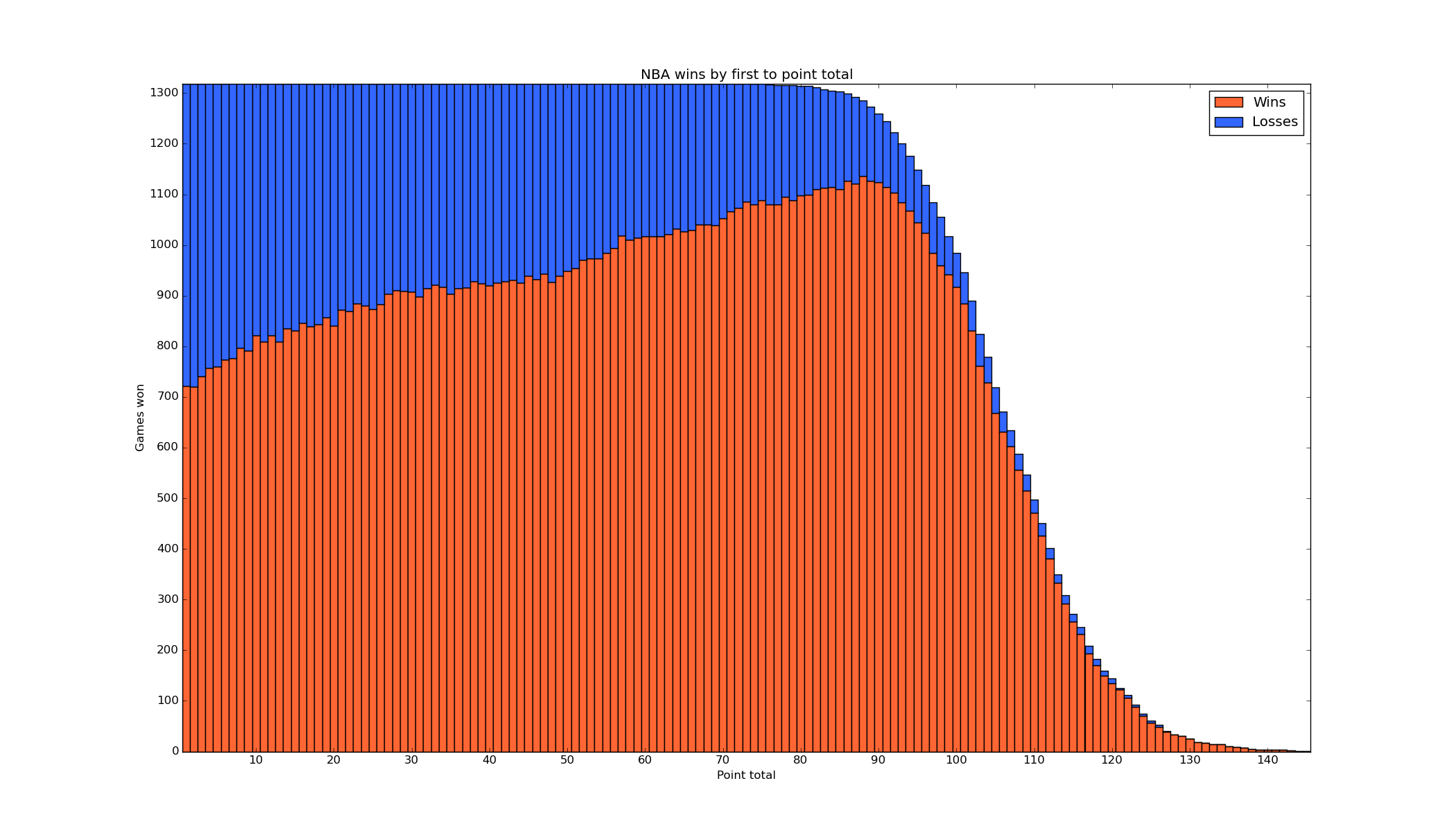 That's a little hard to read in the higher-scoring (interesting) portion of the graph. Here's the winning percentages plotted as a function of score: 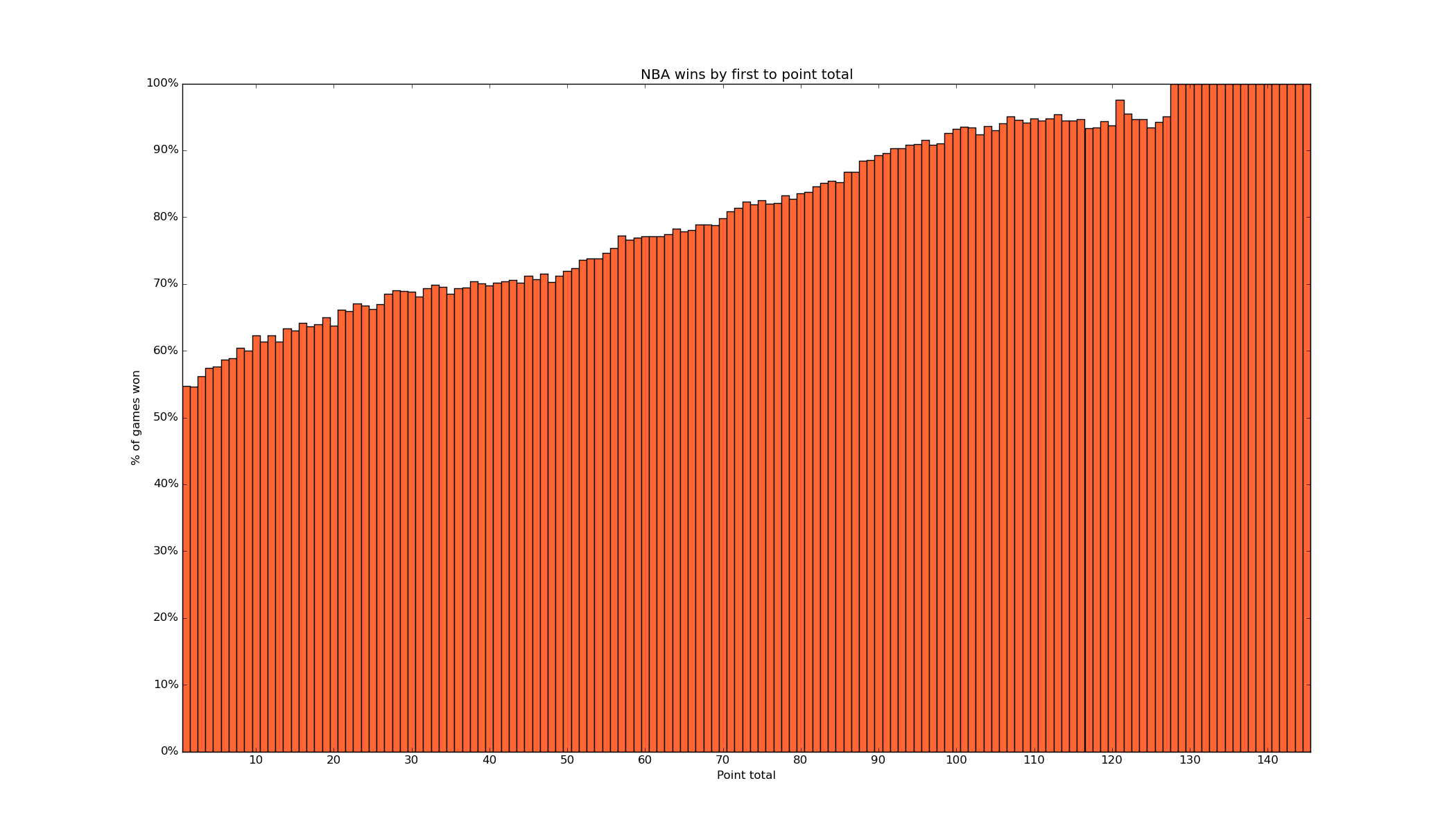 Thanks to basketball-reference.com for the play-by-play data.