Here are some statistics on drone pilot activity in the US. I obtained all the data from publicly available sources on faa.gov. If this is interesting or you want more information, get in touch.

As of August 28 2018, there are at least 61,613 pilots with a part 107 UAS (drone) certificate. I say at least because the FAA allows pilots to exclude themselves from the public database, in which case they do not show up in the data set.

Per this press release, the FAA hit 100,000 certificates about a month ago, so a first order estimate puts the number of pilots who don't exclude themselves around 60%.

The FAA publishes new data every month, so in a couple days there will be more available. This is the first month I have obtained data, so I don't have anything to compare to yet.

The first waiver to expire does so November of this year. Breakdown of waivers granted by type:

The number of total waivers granted over time: 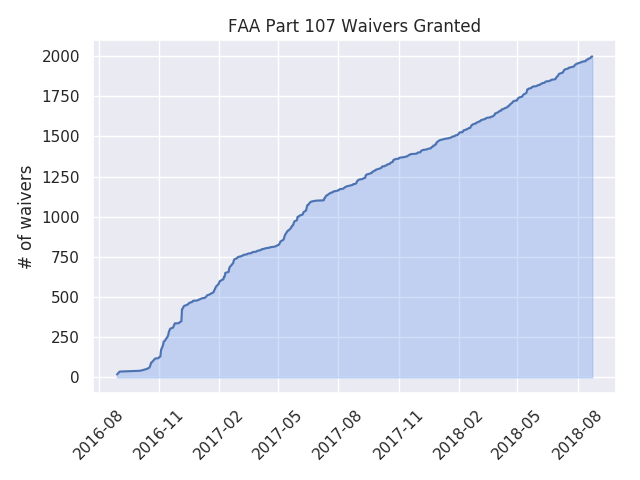